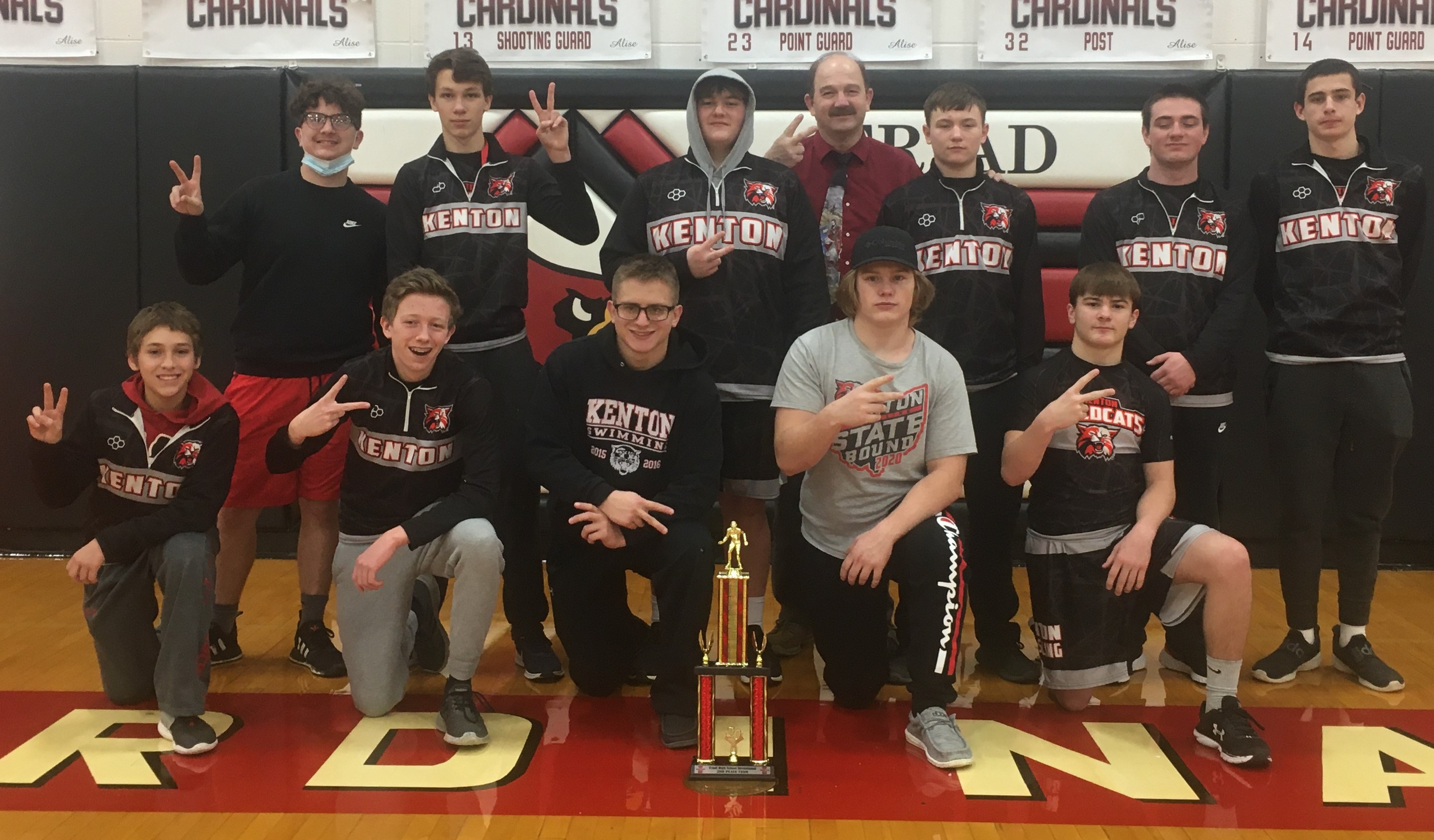 The Kenton High School Wrestling Team once again bounced back after a tough loss to Celina dual meet on Thursday to place second out of twelve teams at the Triad Invitational. The young wildcat team placed seven wrestlers scoring a total of 168 points. Coldwater won the tournament with 181.5 total points. Leading the way for Kenton was senior Carter Bays at 170 lbs. and Anthony Hunt at 138 lbs. Bays competed in an eleven man pool bracket and defeated all his opponents by pin going 5-0 for the tournament. Hunt went 4-0 in a seven man pool bracket and winning by pin in all but one of his matches. Other wrestlers that placed at the tournament were Connor Dye (2nd – 106), Aaron Modd (3rd – 126), Logan Brown (3rd – 132), Zach Hart (3rd – 160), Landen Elliott (4th – 145) and Brandon Bowling (4th – 195).